Some Evidence on the Cognitive Benefits of Learning to Code 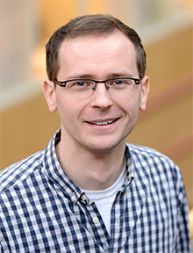 Computer coding—an activity that involves the creation, modification, and implementation of computer code and exposes students to computational thinking—is an integral part of today's education in science, technology, engineering, and mathematics (STEM) (Grover and Pea, 2013). As technology is advancing, coding is becoming a necessary process and much-needed skill to solve complex scientific problems efficiently and reproducibly, ultimately elevating the careers of those who master the skill. With many countries around the world launching coding initiatives and integrating computational thinking into the curricula of higher education, secondary education, primary education, and kindergarten, the question arises, what lies behind this enthusiasm for learning to code? Part of the reasoning is that learning to code may ultimately aid students' learning and acquiring of skills in domains other than coding. Researchers, policy-makers, and leaders in the field of computer science and education have made ample use of this argument to attract students into computer science, bring to attention the need for skilled programmers, and make coding compulsory for students. Bill Gates once stated that “[l]earning to write programs stretches your mind, and helps you think better, creates a way of thinking about things that I think is helpful in all domains” (2013). Similar to the claims surrounding chess instruction, learning Latin, video gaming, and brain training (Sala and Gobet, 2017), this so-called “transfer effect” assumes that students learn a set of skills during coding instruction that are also relevant for solving problems in mathematics, science, and other contexts. Despite this assumption and the claims surrounding transfer effects, the evidence backing them seems to stand on shaky legs—a recently published paper even claimed that such evidence does not exist at all (Denning, 2017), yet without reviewing the extant body of empirical studies on the matter. Moreover, simply teaching coding does not ensure that students are able to transfer the knowledge and skills they have gained to other situations and contexts—in fact, instruction needs to be designed for fostering this transfer (Grover and Pea, 2018).

In this opinion paper, we (a) argue that learning to code involves thinking processes similar to those in other domains, such as mathematical modeling and creative problem solving, (b) highlight the empirical evidence on the cognitive benefits of learning computer coding that has bearing on this long-standing debate, and (c) describe several criteria for documenting these benefits (i.e., transfer effects). Despite the positive evidence suggesting that these benefits may exist, we argue that the transfer debate has not yet to be settled.