Abstract for the honorary doctor lecture 2017

The title of the honorary doctor lecture:  Schooling and cognitive abilities.

The Honorary doctor lecture is held by professor Jan-Eric Gustaffsson 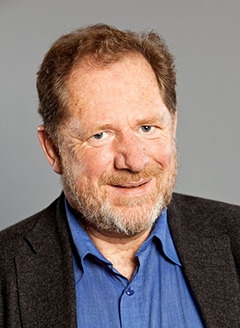 A considerable amount of research has demonstrated cognitive abilities, and particularly so general intelligence, to be the strong determinants of individual differences in outcomes of schooling. However, it is also conceivable that cognitive abilities are influenced by schooling, even though much less research has been devoted to investigations of this issue. The main aim of the lecture is to review research on the question if, and to what extent, schooling influences the development of cognitive abilities.

In the first part of the lecture the definition, measurement and structure of cognitive abilities is discussed. It is concluded that general cognitive ability almost completely coincides with inductive reasoning ability, or fluid intelligence (Gf). Evidence is also presented that Gf is a causal factor in acquisition of knowledge and skills, such as vocabulary and reading skills.

While Gf in many theoretical formulations has been assumed to be fixed and immutable, the second part of the lecture presents evidence from different lines of research concerning environmental impact on Gf. One line of research concerns long-term changes in the population level of Gf, or the so called Flynn effect. According to this effect there have been massive increases in the level of Gf since the 1930s, and one main hypothesis is that this is due to increases in the quantity and quality of education. In a second line of research effects of direct training of Gf tasks have been investigated, with mixed results. A third line of research has used quasi-experimental and observational methods to study effects of schooling on Gf, and relatively strong effects have been demonstrated. It is concluded that Gf develops as a function of schooling, and theoretical and practical implications of this conclusion are discussed.

To information in Norwegian