Open seminar: The problem of students dropping out of their study CANCELLED! 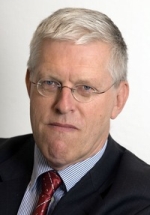 In this presentation, Prof. Schmidt addresses one of the most challenging issues in higher education - the problem of students dropping out of their study. Prof. Schmidt will discuss both research that has been undertaken on the topic and more hands-on measures universities and colleges can initiate to address the problem.

Previously, Schmidt held academic positions as professor of cognitive psychology, faculty of psychology, Maastricht University, and as professor of health professions education at the same university. He was R. Samuel McLaughlin Professor at McMaster University, Hamilton, Canada, and Prof. L. Verhaegen Professor at the Limburg University Centre, Diepenbeek, Belgium. Furthermore, he has been a visiting professor at McGill University, Montreal, Canada; the University of Bern, Switzerland; and the University of Cape Town, South Africa. He was a speaker at the Nobel Forum, upon invitation by the Nobel Prize Committee, Karolinska Institutet, Stockholm, Sweden, and a key-note speaker at numerous conferences all over the world.

Professor Schmidt's research areas of interest are learning and memory, and he has published on problem-based learning, long-term memory, and the development of expertise in medicine. He has published more than 250 articles in refereed journals, chapters in books, and books; alone or together with his 30+ PhD.-students. In addition, he is the founding editor of two journals. Schmidt is among the most cited Dutch psychologists; in 2005 the Royal Dutch Academy of Sciences (KNAW) selected him as one of the top 200 Dutch scientists. Professor Schmidt has twice received the ”Outstanding paper by an established investigator” Award of the American Educational Research Association. In 1996 the Université de Sherbrooke in Canada awarded him an honorary degree. In 2004, the Karolinska Institutet, Stockholm, Sweden, announced him to be the winner of its international medical education research prize for his work in medical expertise and problem-based learning. In 2006, he received the Distinguished Career Award of the American Educational Research Association, Division I.