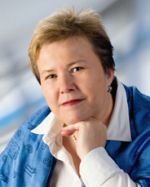 Over the last two decades numerous scholars have pointed to quite fundamental re-orderings taking place on the macro level of contemporary universities and research systems at large. These changes were captured by catchwords such as “Mode 1 vs Mode 2 knowledge production” (Gibbons et al., 1994), the “triple helix” (Etzkowitz and Leydesdorff, 2000) or “academic capitalism” (Slaughter and Leslie, 1997), mostly to diagnose the increasing inter-twinement of science with other societal actors and their rationales. While there has been a quite lively debate on whether or not these diagnoses are adequately supported by empirical evidence, whether they are descriptive or prescriptive, and whether they become self-fulfilling prophecies through their continuous re-performance, less reflection has been devoted to trace the effects of these claimed changes on students’ and researchers’ ways of knowing and living in their respective knowledge fields. Given the diversity and complexity related to living and knowing in research and universities, a rather differentiated analytical framing is needed to explore this issue further.

Prof. Felt introduced the concept of “epistemic living spaces” in a study in 2009 that gathered researchers from five European countries to investigate, compare and contrast the life and work of researchers and students under the conditions of contemporary change. Through developing this conceptual framework, Felt draws attention to the multi-dimensional structures which mould, guide and delimit in more or less subtle ways participants’ (inter)actions, what they aim to know, the degrees of agency they have.

Ulrike Felt is Professor and Head of the Department of Social Studies and Science at the University of Vienna. She holds a doctorate in physics/mathematics and a habilitation in the sociology of science. Her research interests centre on issues of governance and public participation in technoscience, changing knowledge politics and research cultures, as well as temporal issues in science and society. Her work is often comparative between national context and technological or scientific fields (especially life sciences, biomedicine and nanotechnologies). Over the years she has been an invited professor at numerous universities and has provided policy advice to the European Commission as well as to national bodies. She has been editor-in-chief of the international peer-reviewed journal Science, Technology, & Human Values.

In order to assure capacity in the room we kindly ask you to register your attendance at j.p.w.jungblut@ped.uio.no