Open seminar: "The training of the nuclear engineer, ca. 1960"

Welcome to this seminar with Barbara Emma Hof from The Department of Education, University of Zürich. 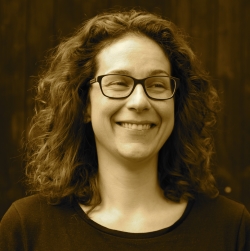 With his famous “atoms for peace” speech before the United Nations General Assembly on 8 December 1953, American president Eisenhower set an important step towards the legitimation of civilian, state-controlled applications of nuclear energy. At that time, knowledge of nuclear energy was in the hands of two opposing Cold War enemies, the Soviet Union and the United States, as well as in the hands of Great Britain and Canada – but interests in its application increased dramatically. With the establishment of the sovereignty of the Federal Republic of Germany two years later, West Germany also (re)begun doing research in nuclear physics, on the one hand, and planning nuclear power plants, on the other hand.

The two countries USA and the FRG provide the framework of a short presentation that seeks to highlight the development of a professional field which was new in the 1960s: the nuclear engineer. Questions of security, training in physics as well as technical knowledge formed the backbone of a profession that gained importance when nuclear power plants were established. Based on archival sources and secondary literature, the study of the curricula in nuclear engineering will illustrate the impact of technological changes on the reform of education (which is the general goal and context of my dissertation project). The comparison between the developments in the USA and the FRG leads to the following conclusion: while knowledge of the application of nuclear energy became more and more globalized, the models applied to the training of nuclear engineers differed between the two countries. In other words, the curriculum development remained within the patterns either of an American interpretation or a German understanding of higher education. However, are “historical path dependencies” the adequate concept in view of this variation? What is the explanatory power of “traditions” when it comes to different interpretations of the same education?