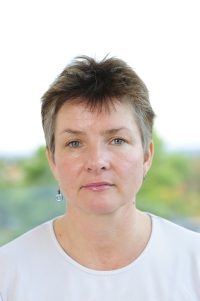 Much educational debate today is dominated by a "what works" vocabulary, intimately associated with evidence-based practice (EBP). The vocabulary consists of concepts and ideas such as accountability, competency, effectiveness, employability, learning outcomes, predictability, qualifications, and testing. As schooling and education are considered successful when predetermined outcomes have been achieved, education is often believed to require assessment, measurement and documentation. In this book, Tone Kvernbekk leaves the political, ethical and professional dimensions on the sidelines and focuses instead on further unpacking the core of EBP. Chapters concentrate on several fundamental issues ignored by current literature, including: * the character of the evidence that plays a central role in EBP in both practical reasoning and acting under uncertainty * the notion of causality presupposed by discussion of the production of desired effects and played out in the basic structure of interventions * a system-theoretical look at why interventions might not work. By considering these key points, Kvernbekk articulates both the legitimate uses and the illegitimate, philosophically problematic misuses of EBP in educational thinking and practice. The book will be of key value for academics and postgraduate students in the fields of educational research and practice, philosophy of education and educational theory, especially those concerned with research methodology, professionalism, and discussions regarding evidence-based practice.

Professor Tone Kvernbekk is affiliated with Department of Education, University of Oslo. Her professional interests are primarily philosophy of science, philosophy of education, and narrative theory. Narrative theory is an interdisciplinary field which branches into argumentation theory, philosophy of history and rhetoric. This rather diverse set of interests is kept together by a constant attendance to standards of philosophical reasoning, and by a preoccupation with implications of all of these approaches for educational research and theory