The lecture will be held by Professor Yunxiang Yan, University of California, Los Angeles. 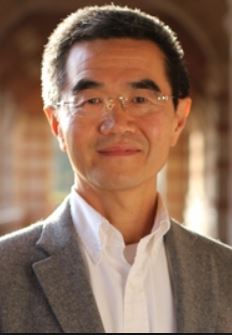 Aiming at an ethnographic account of the changing Chinese personhood, this paper suggests a tripartite approach that examines the egoist individual (bodily desires), the moralist self (psychological and ethical self-control), and the relational person (social practice of connectedness) as the three components of the Chinese personhood. The fight by the moralist self against the egoist individual for the purpose of becoming a proper relational person stands out as the biding theme of the cultural construction of personhood in Chinese culture, which unfolds as a long birth-to-death process of becoming, instead of a given structure of being. The Chinese personhood as a process of becoming, however, has also been undergoing radical changes in the context of the national pursuit for modernity and globalization since 1900 and thus manifests itself in real life in both dynamic and plural forms.

Yunxiang Yan is Professor of Anthropology and Director of the Center for Chinese Studies, University of California, Los Angeles. He earned his B.A. in Chinese Literature from Peking University in 1982 and Ph.D. in Social Anthropology from Harvard University in 1993.  He is the author of The Flow of Gifts: Reciprocity and Social Networks in a Chinese Village (Stanford University Press, 1996), Private Life under Socialism: Love, Intimacy, and Family Change in a Chinese Village, 1949-1999 (Stanford University Press, 2003), and The Individualization of Chinese Society (Berg publishers, 2009).  His research interests include family and kinship, social change, the individual and individualization, and moral changes in post-Mao China.