The organization "Leser søker bok" (Reader seeks book) has been awarded the Jonas Award 2010 for their outstanding work aimed at improving the access to literature for everyone. 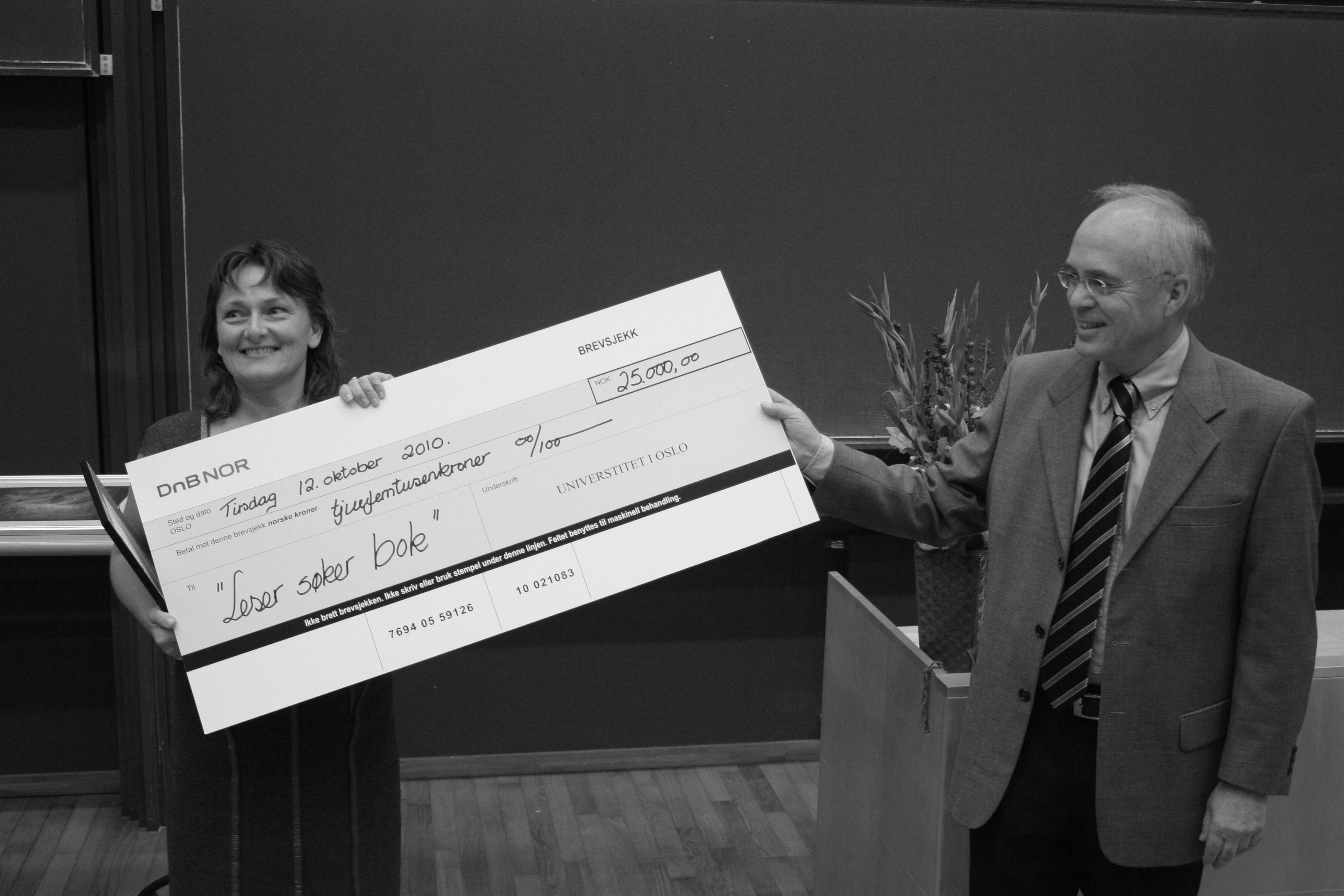 There are more than a million people in Norway who have problems reading plain text. The jury highlighted that it is particularly significant that the LSB actively contributes to making personalized books for this group of readers by providing support to authors, illustrators and publishers.

The general manager Anne Marit Godal of LSB says that their history began with the desire to make literature accessible to all. Some enthusiasts sat down and said: Yes, it must be possible to do something! And it turned out that it was possible. Not only LSB started a broad alliance with several Norwegian organizations which include publishers, writers and translators, designers and illustrators, libraries, trade unions and interest groups for people with disabilities, but it also created a partnership with public libraries.This cooperation with public libraries has opened  the world of literature to those who cannot read even adapted texts. With the help of "Book" network, they have created a system of reading hours, when volunteers read aloud to individuals with reading problems.

In his speech Professor Sven Nilsson mentioned that the award is named after a character Jonas from a novel by Jens Bjørneboe. Jonas, the book's main hero, is portrayed as a victim of the school system. Jonas had reading difficulties and the school was unable to help him. Being unable to read was fatal for his further development and had consequences for his entire life and learning. Therefore, the novel is an important reminder of how important it is to be able to read.

It will be therefore right to give the Jonas Award for the year 2010, which also is a National reading year, to "Leser søker bok" for its work aimed at providing access to literature to all groups of readers, the jury concluded.

When asked about the meaning of the award to the organization, Anne Marit Godal says: Recognition of academic environment is important for us. Academic knowledge is significant but it has not been present in our work so far. We have deliberately chosen to focus on literature itself. But we think that this award can be a chance to connect with the academic environment too. We miss having a solid research background and this can be our chance to make contacts. It could be interesting if some students would like to look at our books from the scientific perspective, for example.

For more information about the organization, check their website (in Norwegian)

About The Jonas Award

The Jonas Award is an honorary award granted yearly by the Department of Special Needs Education at The Faculty of Educational Sciences, University of Oslo. It was established in 1986 by King Olav.

According to the statute, the award can be given to a person, organization or institution that has made extraordinary efforts to promote awareness about disabled and disability discrimination in the society. The award emphasizes candidate's efforts to create tolerant society where differences between individuals are seen as an advantage rather than a problem. The award consists of a diploma, a lithograph and a scholarship.