Multilingual young people as writers in and outside of school (completed)

The project is a linguistic ethnography of a reception class for newly arrived students in upper secondary school, with an emphasis on translingual young people as writers in and outside of school. 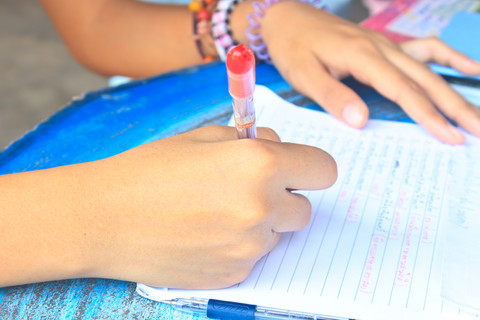 The overarching aim was to produce new knowledge on recently arrived pupils as writers in and outside of school. Writing is understood as a set of translingual practices where the prefix trans- moves us away from an understanding of language as a bounded and stable system, while practices stresses the individual’s usage of language situated in a social, political and historical context. In other words, this understanding of literacy emphasises the translingual young person’s agency in relation to contemporary discourses in different writing spaces.

The project was a three-year postdoctoral study (2015–2018) financed by the Department of Teacher Education and School Research at the University of Oslo.