What makes good language instruction? The LANGUAGES project will study classrooms in France, England and Norway to find answers.

Researchers from the newly started LANGUAGES project gathered on the 15 and 16 November 2021 at the University of Oslo. It was the first time all nine members of the project had met in the same place, and it provided an opportunity for them to plan and discuss the way forward for the project. 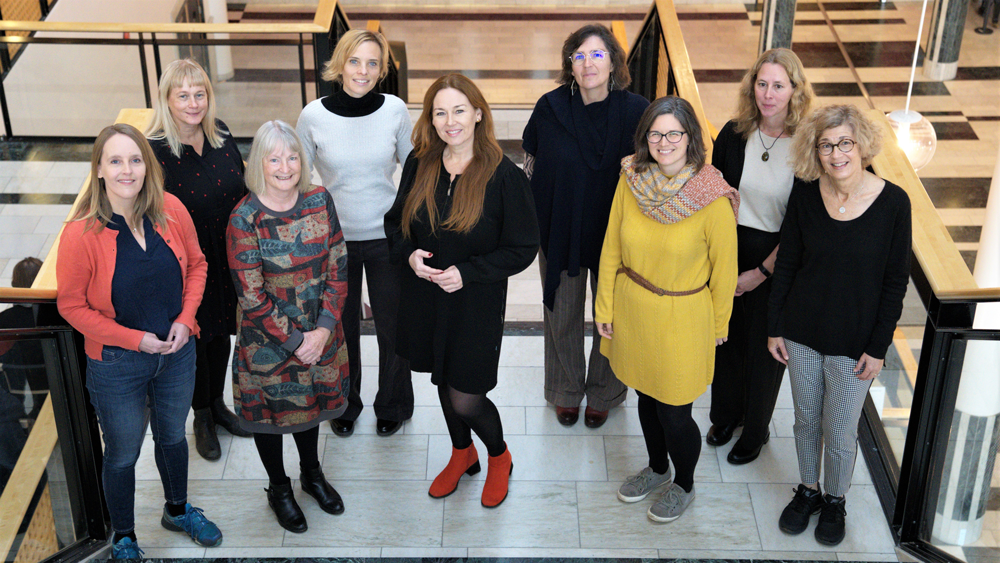 The LANGUAGES project looks at English and French teaching in three countries – England, France and Norway – where English and French are taught as first, second or additional languages. The project will use language tests, video observation and interviews in eight schools in each of the three countries. The researchers want to understand how language teachers in secondary schools support language development among students from different proficiency levels and language backgrounds. By comparing the observations from each country with perspectives from students and teachers, the project aims to identify characteristics of both good and challenging language teaching.

The LANGUAGES project brings together researchers from six different universities in England, France and Norway, plus engineers from the Teaching Learning Video Lab (TLVlab) at the University of Oslo. The TLVlab specialises in supporting researchers in their work with audio and video data, from data collection in the classroom through to secure storage and analysis, and they will be facilitating the video data gathering and management for the LANGUAGES project.

“There are a number of challenges with a cross-national project like this. One of them is the frameworks for ethical research. Video observation of students in classrooms is of course ethically sensitive, so it was useful for all of us to get an overview of the regulations in each of the three countries” says Brevik.

Ethical frameworks are not the only challenge the researchers face. The fact that the school systems in each country are so different from one another is another complicating factor they were able to discuss at length during the Oslo meeting.

“LANGUAGES is a longitudinal project, so the intention is to follow classes for two school years, which makes it important that we understand the different school systems. For example in Norway, the same students tend to be in the same class across the two school years, 9th and 10th grade, whereas in the UK and France this is not necessarily the case. So it was really important to understand the different systems so that we can address any methodological issues.”

Despite the challenges, the mood in the group was highly positive. There was agreement on the way forward and enthusiasm about the project as a whole.

“I think we’ve got a really interesting project here, and a fantastic bunch of researchers.  As a group we have a wide range of competences, and I think that our different fields of expertise complement each other really well” says Debra Myhill, Professor at the University of Exeter.

“I think this project will really help move our understanding of language teaching forward” says Cathy Cohen, Associate professor at the ICAR laboratory, École normale supérieure de Lyon, “and I’m glad to be involved in a truly cross-national project of this kind.”

Head of Department Dijana Tiplic, added, "At the Department of Teacher Education and School Research, we are proud of LANGUAGES and its vision to contribute to the education of future democratic global citizens by examining language teaching across languages and contexts."

Nicole Dingwall – Departmental Lecturer in English education at the Department of Education,  University of Oxford.

Åsta Haukås – Professor of foreign language didactics at the Department of Foreign Languages, University of Bergen.

Laura Molway – Departmental lecturer in modern languages education at the Department of Education, University of Oxford.

Debra Myhill – Professor of Education and Director of the Centre for Research in Writing, University of Exeter.

Eva Thue Vold – Professor of foreign language didactics at the Department of Teacher Education and School Research, University of Oslo.

This news story is also available in

By Misha Jemsek
E-mail this page