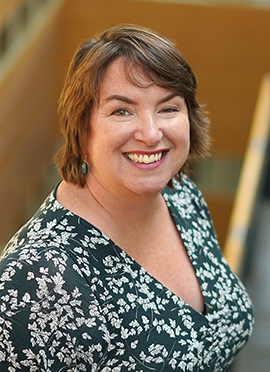 I am a qualified speech-language therapist and completed my DPhil in Experimental Psychology at the University of Oxford in 2004, supervised by Professor Dorothy Bishop. My research focuses on language disorders across a range of clinical conditions and how Developmental Language Disorder (DLD) relates to social, academic, and cognitive development over time. I am the Principal Investigator of the Surrey Communication and Language is Education Study (SCALES), which is one of only three epidemiological studies of language disorder in the world (the last one published in North America in 1997) and the first in the UK to document the number of children starting mainstream school with a clinically and educationally significant language disorder. We estimated 7.58% of children had DLD and a further 2.34% had language disorder associated with another biomedical condition. Our longitudinal findings indicate that identification of DLD in the first year of school is reliable and unlikely to spontaneously resolve.

Prizes, Awards and other Honours

View all works in Cristin

View all works in Cristin