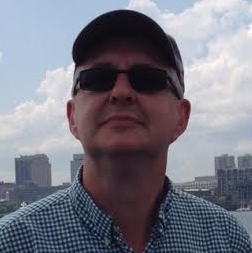 Skrondal started his career as a Research Fellow in the Department of Economics and as a Researcher in the Department of Biostatistics, both at the University of Oslo. His Doctor Philos thesis in Statistics was awarded the 1997 Psychometric Society Dissertation Prize, judged on "the level of originality in the ideas and techniques, the possible applications and their treatment, and potential impact". He was subsequently awarded a personal Postdoctoral Fellowship from The Research Council of Norway which was spent at the University of London and the University of Manchester. After returning to Norway in 2001, Skrondal became a Senior Researcher and subsequently Head of the Biostatistics Group at the Norwegian Institute of Public Health. In 2005 he took up a position as Professor of Statistics in the Department of Statistics at the London School of Economics (LSE) and was subsequently appointed as Director of the LSE Methodology Institute. After spending almost four years at the LSE, Skrondal returned to the Norwegian Institute of Public Health where he is currently a Senior Scientist at the Centre of Fertility and Health, one of 10 centers of excellence nationwide awarded by the Research Council of Norway. He recently served as Adjunct Professor of Biostatistics in the Department of Mathematics, University of Oslo.

A major part of Skrondal's statistical work has been related to the development of the Generalized Linear Latent and Mixed Model (GLLAMM) framework which unifies and generalizes latent variable modeling and multilevel modeling. Output include papers published in statistical, biostatistical, psychometric and econometric journals as well as several bestselling books. Skrondal also collaborates with researchers in medicine, psychology, and the social sciences, and was recently instrumental in publishing a paper in the New England Journal of Medicine. In total, he has published papers in more than 50 different peer-reviewed journals and 12 books. His h-index is 52 in Google Scholar, meaning that his 52 most-cited publications have each been cited at least 52 times. He is one of the most cited professors at the University of Oslo with more than 17,500 citations in Google Scholar. The gllamm software for fitting GLLAMMs has been used in articles in more than 750 different journals. Skrondal is regularly giving workshops and keynote lectures on his research worldwide.

Anders Skrondal served as the 82nd President of the Psychometric Society in 2016-2017. He is an elected member of the International Statistical Institute, and formerly a co-editor of Statistical Methods in Medical Research and the Chapman & Hall/CRC book series Statistics in the Social and Behavioral Sciences. Skrondal has been an Honorary Professor at the London School of Hygiene and Tropical Medicine (LSHTM), an elected member of the Research Section Committee of the Royal Statistical Society (selecting papers to be read for the Society), the Board of Trustees of the Psychometric Society and the editorial council of Psychometrika. Skrondal has served on scientific committees for international conferences, taken part in expert panels evaluating academic institutions, served as member of international scientific advisory boards, and reviewed research proposals and/or research programs for various funding bodies worldwide.

Elected Member, Research Section Committee of the Royal Statistical Society, 2007-2010 (selecting papers to be read in the Society).

Elected Member, Board of Trustees of the Psychometric Society, 2014-2017.

Outstanding Academic Title, awarded to The Cambridge Dictionary of Statistics by Choice, 2011.