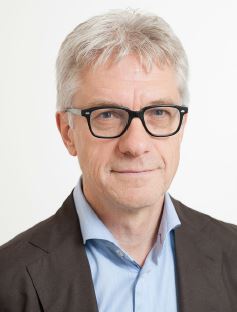 Today it seems almost “natural” to assign perceived social problems to education. When, for instance, the United States of America saw their nation and the Western world at risk after the launch of Sputnik by the Soviet Union in 1957, it educationalized the Cold War by passing the very first national education law, the National Defense Education Act in 1958, expressing the view that “Education is the First Line of Defense.” And when, a few years later, the environment had become an affair of public concern, for instance triggered by the book Silent Spring (Carson, 1962), endangered nature became educationalized, as expressed for instance in the Journal of Environmental Education (1969). And when again, a few years later, in the United States the national crises after the Vietnam War, the oil crises in the 1970s, and the near collapse of the automobile industry in the early 1980s led to the perception of A Nation at Risk and the conclusion of an Imperative for Educational Reform, this expressed the educationalization of the economy and economic policy. A rising teenage pregnancy rate in the 1960s led to an educationalization of sex through the introduction of sex education in schools, which gained new urgency with the outbreak of HIV/AIDS in the 1980s. Museums were made more attractive by the invention of museum education around 1990. And when immigrant adolescents in the suburbs of Paris and Lyon protested violently in 2005, their behavior was not seen as a reaction to their poor living conditions or poor life chances but as an expression of the wrong education, as France’s Prime Minister Dominique de Villepin stated in 2005. Human life is a site of what UNESCO has called ‘lifelong learning’ and propagated since 1962, a phenomenon that was critically noticed (and explicitly labeled “educationalization”) in Germany as early as in 1929.

The lecture will be followed by a plenary discussion

This open lecture is a part of a PhD course held 12 -14 August  Educationalization – or: Why and how we think that education is the key solution to all kinds of problems and welcome you also to participate in the following open lectures:

CLEG and HumStud
E-mail this page