Steiner-Khamsi, G., Karseth, B., Baek, C. (2019). From science to politics: commissioned reports and their political translation into White Papers 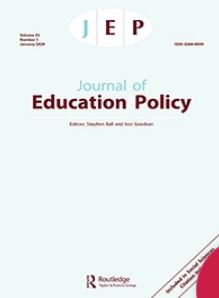 The study presents a bibliometric network analysis of the two most recent schools reforms in Norway. Two research questions have been pursued: First, do the government-appointed expert commission use (in Green Papers) the same type of knowledge as ‘evidence’ for their reviews and recommendations as the Ministry of Education and Research (as reflected in the White Papers)? How has the use of ‘evidence’ changed over the two reform periods? Second, which body of knowledge amassed by the expert commission has the Ministry of Education and Science actually used for policy formulation? The network analysis shows (i) distinct changes in reference patterns over the two reform periods (e.g., average number of references more than doubled and references to international texts increased significantly), and (ii) an unexpectedly low usage of the ‘evidence’ presented by the expert commissions. The Ministry of Education and Research only draws on 9.5 percent of the references presented by the expert commissions. Strikingly, almost all of the adopted references are from a commissioned report that locally adapted and translated OECD’s Definitions and Selections of Competencies project. The authors suggest ‘studying up’ and paying more attention to how scientific ‘evidence’ is actually used, translated, and edited at the political level.