Luimes, M., Karseth, B. (2018). Pre-vocational education in the curriculum: the case of Norwegian lower secondary education

I: Journal of Curriculum Studies 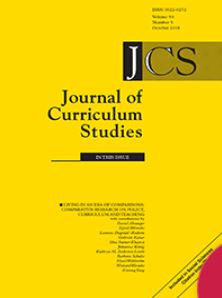 This article investigates the composition of the Norwegian lower secondary school curriculum with a special emphasis on pre-vocational education from a contemporary perspective. The data consist of four official national curricula enacted from the 1970s until the present. Despite differences between the curricula, the main structure of school subjects has remained stable over time. Norwegian lower secondary school curricula mainly include academic subjects, even though pre-vocational education is, to varying degrees, present in all curricula, especially amongst elective subjects. This consolidated position of academic subjects results in a consistency in the composition of the curriculum. Curriculum change is most likely to happen amongst electives and is related to changes in policy making and societal changes. Pre-vocational education is mainly included in the first and current curriculum contrary to the second and third curriculum. These findings indicate that the international policy agenda and its emphasis on the relevance of education through stressing the linkage between education and the world of work only has a minor impact on Norwegian curricula. Further, the allocation of teaching hours shows that the status of pre-vocational subjects is low compared to that of academic subjects. International policies emphasizing basic skills strengthen the academic subjects even further.