What Do you Do with a Problem Like Donald Trump? 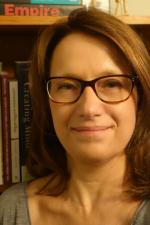 In a stunning upset, Donald Trump won the American Presidency in November 2016. While there are many possible explanations for his electoral success, one cannot ignore the influence of far-right movements that are taking hold of small towns and capital cities both in the United States as well as well as in many corners of Europe. What, if anything, unites these movements? What are their likely consequence for democracy and capitalism worldwide? These are some of the questions that we will explore as we ponder over the case study of Donald Trump

Szonja Ivester is a third-generation teacher, second-generation sociologist, and first-generation immigrant. Born in Budapest, she was educated at the Flinders University of South Australia (BA) and the University of Wisconsin-Madison(PhD). She has taught sociology at Stanford, Cornell, and Wisconsin, as well as at a halfway house for women prisoners in Redwood City. Currently, she is a lecturer at UC Berkeley, where she teaches classes on inequality, culture, elites, and entrepreneurship. She is the author of five books and has published broadly on such topics as class, gender, political elites and communist societies. She has two adult sons (Max is in a doctoral program in computer science at Cornell University and Dashiel is working towards his BA in Chemistry at Reed College). Szonja lives in Burlingame, California with her brutally handsome husband.

What Do you Do with a Problem Like Donald Trump?